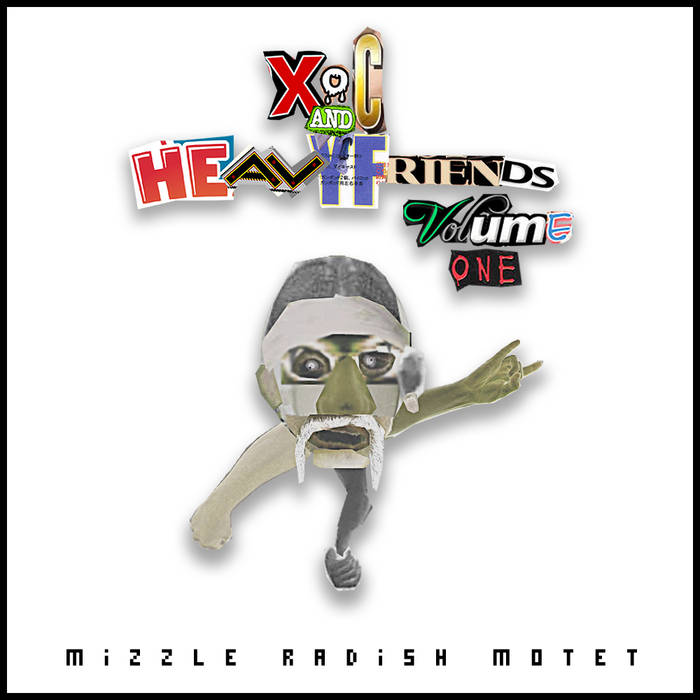 {TCE-012}
This is the first experiment of the "Heavy Friends" concept: collecting original, creative audio from friends online, and crafting new and unexpected works from strategically mixing it all together.
This short experiment is somewhat timid (and features more original Xoc input than any of the full-length Heavy Friends albums to come), but the initial attempt of "Mizzle Radish Motet" paved the way for some truly unique collaborations.
Not to mention the tradition of oddly-anagrammed album titles.

"A bizarre, interweb-based, collaborative mashup of insane proportions. This monster contains sounds recorded by various artists on The Shizz and Metroid Metal forums, all brilliantly arranged by Xoc to create something altogether amazing, frightening, and hilarious."

-- from the original Xocmusic/Megatwerp co-release notes