Videogame: The Movie: The Game: The Soundtrack 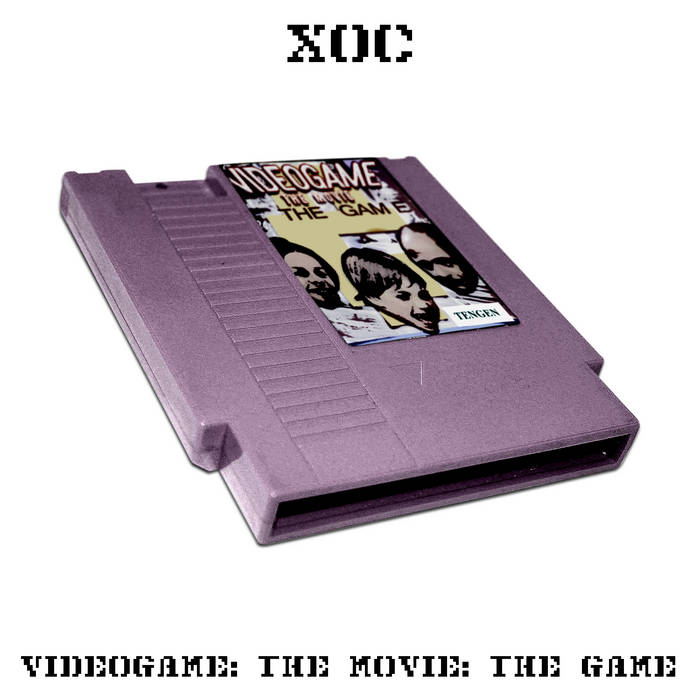 Originally released in early 2006, "VIDEO GAME: THE MOVIE: THE GAME" was created for a "fake video game soundtrack" contest. (It won.)

"It's a remix of the music from the soundtrack of a fake NES game of a fake movie of a game except it's not actually about games and the game isn't actually based on the movie and oh crap there goes my brain."
-- 'Placentasaurus', from a comment on kotaku.com

"Before I had a concept, I just started writing stylistic rip-offs: a jaunty C-major Mario-style song, something that sounds a little like ‘Kraid’ from Metroid, some major-7 rainbow-cloud-dream-time Kirby fruityness, etc. Once I had a few done, I realized the only way to conceptually tie them together would be nothing less than The Ultimate Rip-Off Game. So the story was going to be about a multi-game cartridge with bootlegged versions included on it. THEN, I started to make it a fictional game based on a fictional movie, even though that aspect has virtually nothing to do with the music."
-- Xoc, from a 2009 interview with Audun Sorlie for Original Sound Version
www.originalsoundversion.com/cutting-into-jason-cox-xoc-interview/