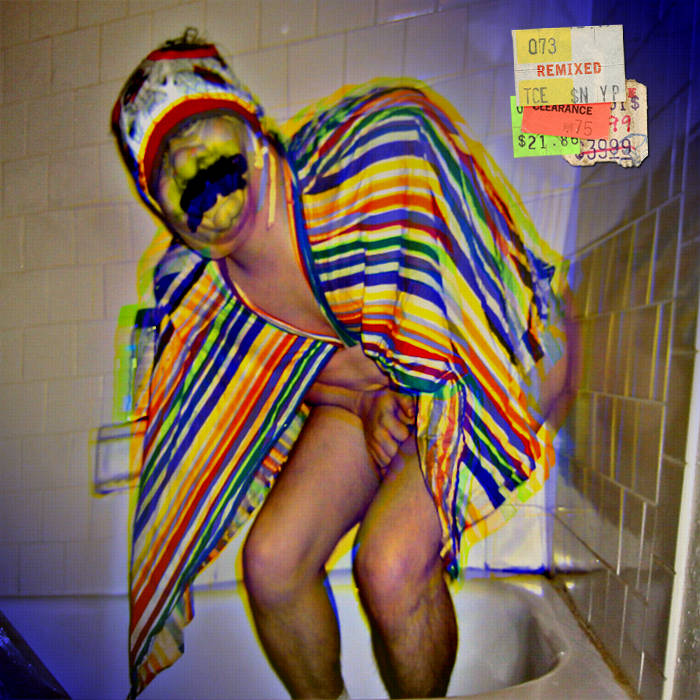 Probably the most obscure release in the catalog (aside from those cassette compilations with abominably limited press runs), this might have been the first RecEpis Christmas release, given the Santa-themed duo on the other side. But the recording sessions for the first RecEpis full-length began to fall apart around this time; the small amount of finished material was released here in lieu of the planned Holiday-oriented originals.** RecEpis wouldn't record again until 2007, when "You'll Never Work in This Town Again" appeared on the web.***

The lyrics here are concerned with Rohypnol, huffing, cocaine (again) and Diet Coke; American Indians (again), another co-worker, racism, and The Friends of Distinction; and a singer-songwriter named Bill Swan that we all miss terribly. And the whole thing ends with a minimalist, male-oriented "answer" to the near-constant criticism that presumes that the name/concept of RECREATIONAL EPISIOTOMY is inherently anti-feminist (and not, as has been stated countless times, simply a satirical self-mutilation). The phallic inversion here puts the knife in the other hand, so to speak.

* A deteriorating "safety" copy of the original masters for the Claus Bros side was only recently uncovered in an estate sale; the four and a half minutes of this split were actually excerpted from a forty-minute one-take session, recorded on Christmas 2002 by Ashly Roachclip (Old Man Homo, Knifethruhead, etc). Look for a complete re-release soon!

** These tracks finally appeared on Christmas 2015, with sizeable additions, as "Thanks For Ruining Christmas": trashcaneagle.bandcamp.com/album/thanks-for-ruining-christmas

*** Strangely enough, it has been reissued here!
trashcaneagle.bandcamp.com/album/youll-never-work-in-this-town-again